The weigh-ins took place at the UFC Apex in Las Vegas. The same venue hosts Saturday’s card, which airs on ESPN and streams on ESPN+.

All four made weight without issue.

The lone miss on the day came from Juancamilo Ronderos(4-0 MMA, 0-0 UFC), who stepped on less than one day’s notice but came up short of the flyweight limit. He was fined 20 percent of his purse, but the bout with David Dvorak (19-3 MMA, 2-0 UFC) will go on as scheduled.

* Ronderos was fined 20 percent of his purse, but the bout will go on as scheduled 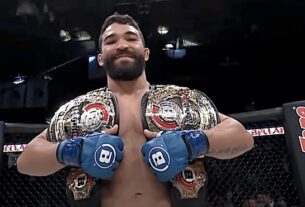