UNCASVILLE, Conn. – MMA Junkie was on scene and reporting from Thursday’s official Bellator 260 fighter weigh-ins, where all the fighters hit their marks on the scales.

In the main event, welterweight champion Douglas Lima (32-8 MMA, 14-4 BMMA) and challenger Yaroslav Amosov (25-0 MMA, 6-0 BMMA) were on championship weight for their title fight. Challenger Amosov came in at 170 pounds on the nose. Champ Lima was a quarter-pound under at 169.75.

Co-headliners Paul Daley (43-17-2 MMA, 9-4 BMMA) and Jason Jackson (14-4 MMA, 5-1 BMMA) also hit their marks for a 175-pound contract weight co-headliner. Jackson needed two tries to do so, though, after he missing weight on his first attempt.

The weigh-ins took place at Mohegan Sun Arena in Uncasville, Conn. The same venue hosts Friday’s event, which has a main card on Showtime following prelims on MMA Junkie.

Jon Jones not worried about fighting, says Coronavirus is ‘bigger than sports’ 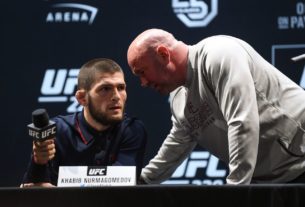 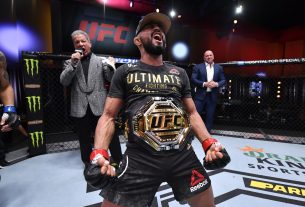 How To Watch UFC 256 TONIGHT On ESPN+ PPV