UFC middleweight champion Israel Adesanya is set to defend his title at UFC 263 against Marvin Vettori in the same venue where they first fought, Gila River Arena.

That first fight took place in April 2018 on UFC on Fox 29, and was a split decision victory for Adesanya.

At the time, it was the only decision victory of Adesanya’s career and it was the closest any fighter had come to defeating ‘Stylebender’ in mixed martial arts.

All judges scored the third round for Saturday’s middleweight title challenger.

To this day, however, Vettori still believes he was the rightful victor of their first bout.

While Vettori’s belief does not bother Adesanya, the middleweight champion does find it interesting.

‘Stylebender’ said this time around, he wants to beat Vettori in each round of their five round main event to prove to Vettori that he has always been better.

“I just wanna school him five-nil each round, bell to bell in every situation. On the fence. On the ground. On the stand up,” Adesanya said. “So yeah, when it’s all said and done, he can look at me and know that I’m the better fighter. Always.”

Adesanya added that since their first fight three years ago, he has gone on to face tougher competition, while Vettori has only recently faced top contenders.

“If you line up our records or our track of work side by side from the time that we fought, I can only mention or know of two names that he’s fought since then that are notable,” Adesanya said in reference to Jack Hermansson and Kevin Holland. “You look at the list of guys that I’ve fought, everyone can tell you who they are because they are ranked guys. They’re tough guys, they’re not just no-name jobbers. So yeah, I know I’m better. I’ve improved. That’s why I’m champion and he’s not.”

While Cezar Ferreira, Andrew Sanchez and Karl Roberson might be hurt over the fact that Adesanya referred to them as no-name jobbers, ‘Stylebender’ does have a point when it comes to their competition since his first fight with Vettori.

Since Adesanya defeated Vettori, he went on to fight middleweight mercenaries.

On his way to the title, ‘Stylebender’ defeated Brad Tavares, Derek Brunson and arguably the best middleweight of all-time, Anderson Silva, despite the latter perhaps being a little long in the tooth at the time they squared off.

Once he had title opportunities, Adesanya defeated Kelvin Gastelum for the interim title in April 2019 at UFC 236 and then knocked out Robert Whittaker for the undisputed middleweight championship six months later at UFC 243.

Since he gained the undisputed title despite him counting his fight with Whittaker as his first title defense, ‘Stylebender’ officially defended his title twice against Yoel Romero and Paulo Costa in 2020.

While Adesanya’s track record is undeniable, Vettori has not lost since Adesanya defeated him.

‘The Italian Dream’ is on quite an impressive five fight winning streak, and finally has a claim to the middleweight throne that he can pounce on in Saturday night’s main event. 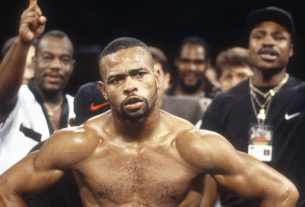