According to an announcement from U.S. Anti-Doping Agency (USADA), Koch submitted a sample in October 2020 that contained 3′-hydroxy-stanozolol.

The full statement reads as follows:

USADA announced today that Erik Koch, of Cedar Rapids, Wisc., has accepted an 18-month sanction for a violation of the UFC® Anti-Doping Policy (UFC ADP).

Koch, 32, tested positive for 3′-hydroxy-stanozolol, a metabolite of stanozolol, as the result of a urine sample collected on October 3, 2020. Stanozolol is a non-Specified Substance in the class of Anabolic Agents and prohibited at all times under the UFC ADP and UFC Prohibited List.

Koch received a six-month reduction to the default two-year sanction based on his Full and Complete Cooperation (FCC) based on the unique circumstances of his case. Under the UFC ADP, USADA may grant an FCC reduction in the event an athlete demonstrates that they did not intend to enhance their performance and provided full, prompt, and truthful responses and information to all reasonable inquiries and requests for information.

His 18-month period of ineligibility began on October 3, 2020, the date his positive sample was collected.

According to the USADA website, Stanozolol is, “a synthetic steroid that is derived from testosterone and has anabolic and androgenic properties.”

Koch (15-6 MMA, 5-5 UFC) has not been on the UFC roster since December, according to a report from MMA Fighting. He was last in action at UFC 240 in July 2019 against Kyle Stewart in a welterweight debut bout he won by unanimous decision.

The sanction Koch received is set to expire on April 3, 2022, since his period of ineligibility is retroactive to the day the positive sample was collected by USADA. 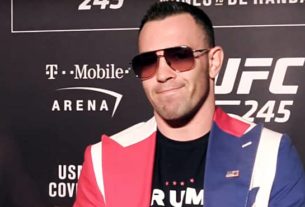 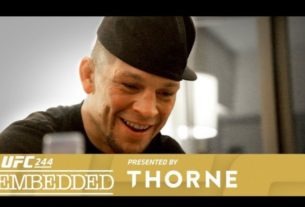