Ovince Saint Preux will be competing at UFC Fight Night 190 against a new opponent in a different weight class.

Rather than fighting Maxim Grishin at light heavyweight on the June 26 main card, Saint Preux (25-15 MMA, 15-11 UFC) has agreed to move to heavyweight and fight short-notice replacement Tanner Boser. The event takes place at the UFC Apex in Las Vegas.

Verbal agreements are in place and bout contracts have been issued following Grishin’s withdrawal due to visa issues. Two people with knowledge of the matchup confirmed the verbally-agreed-to booking to MMA Junkie but asked to remain anonymous as the promotion has yet to make an official announcement.

Saint Preux (25-11 MMA, 15-11 UFC) competed one time previously at heavyweight in 2020 when he lost a split decision to Ben Rothwell. Since then, Saint Preux has gone 1-1 with both fights coming at light heavyweight.

Boser (19-8-1 MMA, 3-3 UFC), meanwhile, competed as recently as June 5 when he lost a close split decision to Ilir Latifi. The defeat was his second in as many fights, though he’s gone 2-2 over his most recent four.

With the addition, the UFC Fight Night 190 card includes:

Five unranked fighters who could be UFC champions in 2021 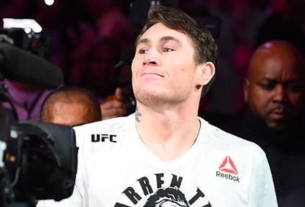