Paul Craig received his black belt after a gnarly finish of Jamahal Hill at UFC 263.

Craig’s win may have gone down as a TKO, but popping Hill’s arm out of socket was enough to promote him to a black belt in jiu-jitsu. His coach, Brian Gallacher, wanted to surprise him in a more intimate setting – and Hill happened to be seated nearby and was first to congratulate him.

“I didn’t want to do it in the cage and take any attention of his performance and win. It was the right time more a personal moment. More to the point well well over due.”

A tough Hill refused to tap when Craig sank in a deep armbar. His elbow was badly dislocated. With Hill’s arm flopping around, Craig eventually transitioned to a triangle choke and rained down elbows until referee Al Guinee finally stopped the fight.

Craig has finished all 15 of his pro wins with an impressive 12 submissions to his name. Unbeaten in his past five fights, Craig handed Hill his first loss and continues to beat the odds as the betting underdog.

Hill handled the loss like a consummate professional and said his arm injury isn’t as bad as it looked. The rivals squashed their beef after the fight and were even seen partying together while Hill’s arm was in a sling.

Me and @PCraigmma are good so idc what anybody else is talking and not only did he get my drunk the whole night we straight turnt tf up!!! I’m blessed living my dream and meeting some of the most amazing ppl!!!#Stillwinning pic.twitter.com/wCA5cqzGG5 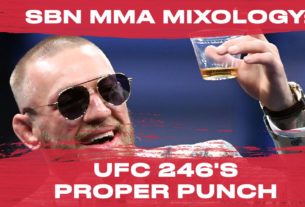