Jeremy Stephens is hoping his newfound sobriety outside of the cage will put an end to the worst streak of his professional fighting career.

Stephens, who is currently scheduled to fight rising lightweight contender Mateusz Gamrot later this month at UFC Vegas 31, hasn’t won a fight since a brutal knockout win over Josh Emmett back in 2018. Over his past five Octagon appearances Stephens as produced a dismal 0-4 (1 NC) record, including knockout losses to Jose Aldo and Calvin Kattar.

While Stephens has faced some of the best featherweights on the planet during that time it remains the worst stretch of fights in his entire career. The 35-year-old veteran is now in a must-win situation later this month if he wants maintain his promotional stock heading into the second half of 2021.

Luckily, Stephens has made some necessary adjustments outside of the cage to improve his focus and preparation for his return to action. This includes finally getting sober, which Stephens did in advance to his cancelled bout with Drakkar Klose back in April.

“I just feel in a really good place mentally, physically,” Stephens told MMA Junkie. “I feel like I’m even looking better. The no alcohol, it’s opened up a lot of things for me. I’ve really faced my demons. I’ve sat. I’ve been alone. I’m not scared to be alone no more. I really sat with myself and dealt with a lot of fears facing those things and more mental. It’s just really helped ripple effect the outside of my life.”

With his sobriety in check Stephens is eager to prove he’s still one of the best fighters in the world. The former featherweight contender will be making his first appearance at 155 pounds since 2012. In his return, “Lil Heathen” is hoping to prove his doubters wrong and remind everyone how vicious of a finisher he can be.

Unfortunately for Stephens, Gamrot is a really good fighter. The former KSW champion is coming off a brutal knockout finish over Scott Holtzman back in April and is on the cusp of truly breaking out as a member of the UFC’s stacked lightweight division. It will be up to Stephens to stop the hype train and find the finish he’s looking for. 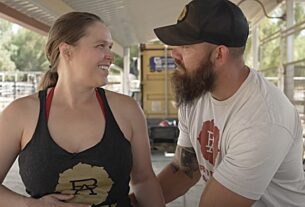 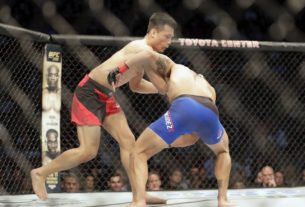