Skip to content
Holly Holm has ‘sour taste’ from 2016 Miesha Tate title loss, wants to ‘make it right’ with rematch

Holly Holm isn’t one to push hard for specific fights. However, a Miesha Tate rematch is something she wants to happen.

Although Holm (14-5 MMA, 7-5 UFC) has suffered a handful of losses in her career, her fifth-round submission loss to Tate (19-7 MMA, 6-4 UFC) at UFC 196 in March 2016 holds a unique place. It was the first blemish on her previously perfect record, and it spelled the end of her reign as UFC women’s bantamweight champion.

Holm was having her way with Tate in their first meeting – until she wasn’t. “The Preacher’s Daughter” was well ahead on the scorecards, but then Tate pulled off a miraculous come-from-behind finish, locking in a rear-naked choke that put Holm to sleep with just 90 seconds left.

Curiously enough, though, Tate would be gone from MMA roughly eight months later. She lost the belt to Amanda Nunes at UFC 200, then dropped a decision to Raquel Pennington that sent her into retirement. That was up until this past weekend when “Cupcake” returned to the sport and stopped Marion Reneau with a third-round TKO at UFC on ESPN 26.

Even before Tate stepped into the octagon to make her comeback official, there were calls for a rematch with Holm to happen. Tate said post-fight that it will materialize before her career ends, but didn’t insist on booking it immediately.

Holm, however, thinks the timing is right to put it together.

“For me, I think the Miesha fight makes the most sense because that’s a loss that I want to avenge,” Holm told MMA Junkie. “Even in the fight, it wasn’t one of those fights I was getting dominated in. I was winning and doing very well up until the end of the fight, and it leaves kind of a sour taste in your mouth and I want to make it right. I know Miesha is always down for a challenge, so I’m not sure why we shouldn’t make the fight happen.”

For Holm, the chance to fight Tate again would be a perfect gauge for her growth in MMA. The former boxing champion had only been in the UFC for 13 months when that fight took place, and she said her skillset was nowhere near as well-rounded as it is today.

Moreover, Holm got a lot of heat for even accepting the matchup with Tate.

UFC 196 took place just over four months after Holm had pulled off an all-time upset against Ronda Rousey at UFC 193 in November 2015. The UFC brass had wanted an immediate rematch, but Holm was eager to keep active and take on the next contender.

That decision did not go as planned, because she was dethroned, and the Rousey rematch never came to fruition. UFC president Dana White has publicly criticized Holm and her management for making an error in judgment and claimed millions of dollars were lost for all involved.

Holm said she has no regrets over the past, though. She felt what played out was ultimately meant to be, and now fast forward to current day, and she hopes to get the opportunity to get the loss to Tate back, which would likely set up a title shot.

“Now my MMA game is a lot more well-rounded than it was when I fought her,” Holm said. “I know there was a lot of talk about waiting for the rematch with Ronda, but the rematch with Ronda would’ve gone the same as the first. I’m not one of those who wants to try to make my entire career around one person. I wanted to keep challenging myself as a fighter, so it made sense to me to take whatever challenge was next at the time. I can’t ever go back and say, ‘Oh, I regret doing that.’

“Maybe that helped me learn even more after that fight to be the better fighter that I am today. Rather than look back and say, ‘Woulda, coulda, shoulda,’ I want to do something about it and keep training and learning and getting better. I’m a completely different fighter than I was back then.”

Mick Maynard’s Shoes: What’s next for Miesha Tate after UFC on ESPN 26 win?

Whether the UFC matchmakers agree with Holm and opt to put together the Tate rematch now, remains to be seen. Holm knows one thing, though, and it’s that she’s not going to wait around for that fight.

Holm hasn’t competed since a unanimous decision win over Irene Aldana at UFC on ESPN 16 in October. She was supposed to fight Julianna Pena in May, but was forced to withdraw due to a kidney issue that required surgery.

The 39-year-old said she’s now back to 100 percent, and whatever her next move is, she hopes to get it figured out soon.

“After Julianna got booked with (Amanda) Nunes we were just kind of thinking, ‘Who else is there?’ From what I understand they were waiting to see how a few fights were going to go,” Holm said. “There’s the Miesha fight with Reneau, there was Aldana, who I just fought, and Yana (Kunitskaya), and this weekend there’s Aspen Ladd. Within like three weeks there’s six girls in my weight class. I think they’re waiting to see what happens there.

“October is going to be a year (between fights). I don’t want to sit on the shelf just waiting. I want to make something happen.”

Photos: Holly Holm through the years 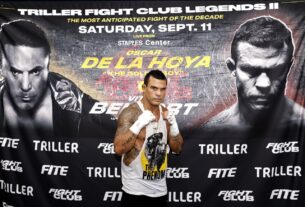 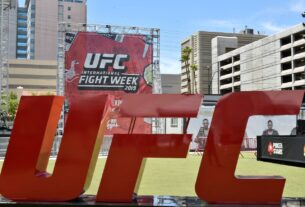