Even with a late change in opponents from one legend to a much larger and harder-hitting one, Vitor Belfort’s team feels confident.

Derik Santos, Belfort’s boxing coach, understands the difference in styles between Oscar De La Hoya and Evander Holyfield but feels his pupil will be ready to solve the problems presented inside the ring on Saturday.

Belfort will face Holyfield in an eight-round boxing match that will serve as the main event of Triller Fight Club Legends II at the Seminole Hard Rock Hotel & Casino in Hollywood, Fl. on Sept. 11.

De La Hoya was originally Belfort’s opponent for this event but was forced out of the bout when he was hospitalized with COVID-19, which made way for the former heavyweight boxing champion Holyfield to fill in on short notice.

“It’s obviously a very different style,” Santos told MMA Junkie. “When you look at what we were going to have to do in a fight, the problems that Oscar De La Hoya presented as far as movement, style, and speed, but then you have Evander Holyfield – the last thing a fighter loses is the power punch.”

Although Holyfield is well past his prime fighting years at 58 years of age, Santos and Belfort are prepared to avoid the power-punching that may still present problems inside the ring.

“I’ve seen that right hand,” Santos said. “He’s still got that thudding, what we called ‘slow, hard ones’ like George Foreman used to throw. So, it’s a little different in the case that he won’t be as mobile, so we’ll box. We’ll do what we have to do. Obviously, we’re not gonna get hit with anything stupid.

“Vitor’s a very technical fighter, a boxer. Most people understand that he boxes very well and my biggest thing is to make sure we don’t get caught with any heavy artillery and come out with the victory.”

Watch the interview with Santos in the video above.

Photos: Vitor Belfort through the years 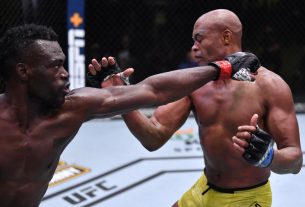 Silva Has ‘Total Belief’ He Can Keep Fighting At Elite Level 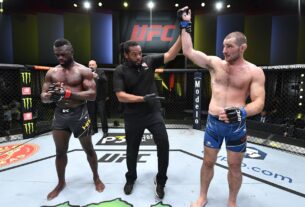 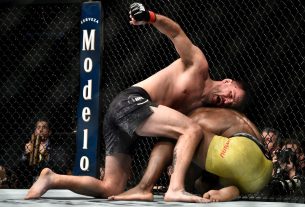