Alex Caceres vs. Seungwoo Choi is the latest addition to a UFC Fight Night event in October.

MMA Junkie on Saturday verified with multiple people close to the situation that Caceres (18-12 MMA, 13-10 UFC) and Choi (10-3 MMA, 3-2 UFC) have agreed to face off in a featherweight scrap this fall following an initial report from ESPN. The person requested anonymity because the promotion has yet to make an official announcement.

UFC Fight Night on Oct. 23 does not have an announced location or venue, but is expected to take place at the UFC Apex in Las Vegas. Broadcast plans haven’t been revealed.

Caceres, 33, is in the midst of a four-fight unbeaten streak. He’s been shooting for a top-15 opponent at 145 pounds, but “Bruce Leeroy” has always been willing to take on all comers during an octagon tenure which dates back to his March 2011 debut.

He’ll get a tough test in streaking South Korean Choi, who has won his past three UFC fights including a vicious 97-second knockout of Julian Erosa at UFC on ESPN 25 in June.

With the addition, the UFC Fight Night lineup on Oct. 23 now includes:

Parker Porter believes he has “something to prove,” expects to finish Josh Parisian early 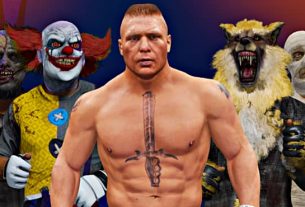