Watch six minutes of unapologetically himself ahead of his long-awaited return against Robbie Lawler at UFC 266.

Nick Diaz is unapologetically himself, and a new video published by SB Nation’s Combat Culture celebrates that ahead of his UFC 266 rematch against Robbie Lawler.

Diaz vs. Lawler 2 takesplace at UFC 266 inside T-Mobile Arena in Las Vegas, Nevada, on Sept. 25, 2021, streaming online via ESPN+ pay-per-view (PPV). Ahead of the fight, you can watch a compilation of on-brand interviews and media moments starring Diaz.

The fight is a rematch of their fight at UFC 47 (watch the full fight here) all the way back in 2004. Diaz won their first fight via knockout (KO) at 1:31 of round two, improving to 9-2 as a professional mixed martial arts (MMA) fighter. Lawler dropped to 8-2 as a result of the outcome; however, both men were destined for greater things.

Diaz amassed an enormous following thanks to his anti-establishment attitude. A win over B.J. Penn was followed by fights against Carlos Condit and Georges St-Pierre for the UFC Interim Welterweight and UFC Welterweight titles, respectively. He subsequently fought Anderson Silva.

Lawler would go to fight in Strikeforce before returning to UFC and capturing the UFC Welterweight title with a split decision win over Johnny Hendricks. He successfully defended the crown against Rory McDonald and Condit. 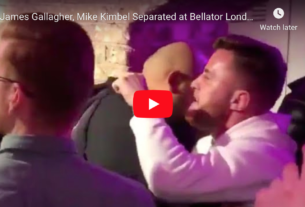 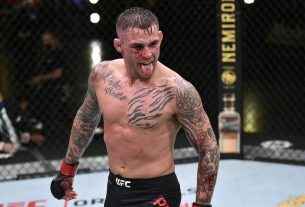