GLORY Kickboxing champion Alex Pereira is ready to leave the shadow of Israel Adesanya behind after beating him twice in kickboxing.

During his time as a kickboxer, Pereira was matched with the outspoken Adesanya twice, with their first encounter resulting in a unanimous decision victory. Although, when they met in their second fight a year later, the 34-year old Brazilian managed to hand Adesanya his only knockout loss in his long and illustrious mixed-martial-arts career.

Instead of rekindling a heated rivalry with Adesanya, Pereira is simply focused on becoming UFC champion to add to his list of mixed martial arts accomplishments. However, the polished kickboxer admits that if “The Last Stylebender” is the one holding gold when he makes it to the top, then a third fight will be in the cards after all.

“I want to make it very clear that I didn’t come to the UFC because of Adesanya. I came to be the champion. If he’s the champion when I get there, fine. But it might not be. Who has to think about me is him, who lost twice, not me,” Pereira told Sportskeeda.

In their second meeting, Pereira details some of what happened in the fight, and what he saw as he pursued the elusive knockout against Adesanya.

“When we fought, he started well, he was beating me, but even though I got beaten up a lot, I didn’t get tired. I knocked him out and let it out because he likes to tease, especially when weighing. He spoke badly about Brazil, about me… When he fell, I really let go,” Pereira added.

The 34-year old Pereira struggled against Adesanya a few years ago but realizes that some of the champion’s pre-fight antics only helped fuel his desire to follow up his shots with more intent. The two fighters have taken drastically different paths since they last met, with Adesanya now sitting atop the middleweight throne unbeaten.

Pereira is set to debut at UFC 268 in New York City, New York, on Nov. 6 inside the famed Madison Square Garden venue. Ahead of the blockbuster PPV event, Pereira realizes that the matchup with Andreas Michailidis will set the barometer as to where he stands among the rest of the middleweight division and, of course, what is to come next.

Continue Reading Ahead Of Debut, Alex Pereira Is Focused On Gold Not Israel Adesanya at MMA News. 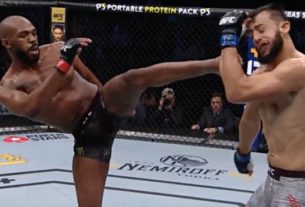 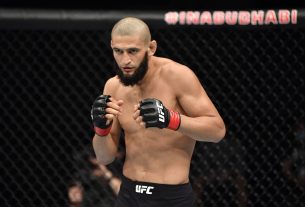