Skip to content
Michael Bisping: Conor McGregor was likely ‘out of his mind’ on pain pills in Machine Gun Kelley scuffle

Michael Bisping thinks he knows the reason why Conor McGregor behaved erratically at the 2021 MTV VMAs.

McGregor, who’s still recovering from his broken leg, was involved in a scuffle with recording artist Machine Gun Kelly this past Sunday at Barclays Center in Brooklyn, N.Y., where the two had to be separated by security after McGregor was pushed away and chucked the remainder of his drink towards MGK.

The reason the pair were involved in an altercation is unclear, but the rumor that Kelley denied McGregor’s request for a photo was shot down by McGregor’s team. Not that Bisping is giving McGregor the benefit of the doubt, but he believes the former UFC dual champion was likely on heavy medication during the incident.

“I’ve been there,” Bisping said on his “Believe You Me” podcast. “I mean, I’ve not been there doing that at the MTV f*cking music awards. What I mean is that I’ve had surgery, and the medication that they give you, you lose your f*cking mind. I think a lot of that was (Sunday) because he was out of his mind, on the pain pills because that’s how it goes.

“They make you very f*cking antsy, very erratic, very angry. Me and Callum, Callum is the calmest kid ever. Callum was f*cking arguing with everything I was saying when he had surgery. They kind of make you like that. I don’t know. I’m not making excuses for him, but just from what I saw, I was like, ‘Yeah, I’ve had that feeling before.’”

Conor McGregor ‘all good’ with Machine Gun Kelly after scuffle: ‘Come watch me perform any time’

Bisping and McGregor have recently traded barbs after Bisping came to the defense of his broadcast partner, Daniel Cormier, who was beefing with McGregor. Bisping claimed McGregor was tarnishing his legacy with his recent actions, which included him lashing out at Dustin Poirier and his wife at UFC 264.

McGregor, who’s been seen walking with a cane at various events, provided a positive update on his recovery after the VMAs. The 33-year-old is on the road to recovery and has vowed not to let his injury be the concluding chapter of his career.


Michael Bisping: Conor McGregor was likely ‘out of his mind’ on pain pills in Machine Gun Kelley scuffle 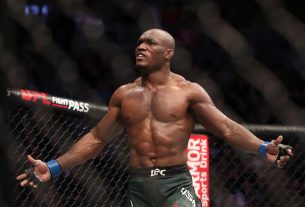 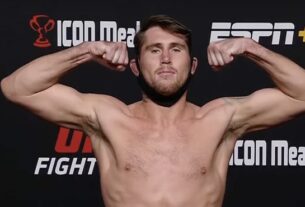