UFC welterweight contender Leon Edwards, currently ranked No. 3 at 170 pounds, wants to fight for the division title and would rather wait for the winner of Kamaru Usman vs. Colby Covington — who collide (again) at UFC 268 on Nov. 6 in New York — than risk his spot in line against veteran bruiser Jorge Masvidal.

“My next fight will be for the world title, I don’t want to hear nothing about a guy coming off a two-fight skid and got KOed in his last fight,” Edwards wrote on Twitter.

Edwards (19-3, 1 NC) has not lost in nearly six years, racking up nine wins and one “No Contest” during that span. No. 2-ranked Gilbert Burns (or manager Ali Abdelaziz posing as the Brazilian) — previously labeled a “bitch” by “Rocky” for kissing up to Masvidal — blew a gasket on social media.

“You are scared! You call Masvidal out now you don’t want to fight,” Burns wrote. “You call me out only when I have a title shot, now is ducking! You are fake. Man this make zero sense to me. First the guy hit you with three piece and a soda on your own country, nothing happened. You being asking for this fight for years, last month you just did and now you turn the fight down. Man it’s just me or this guy doesn’t like to fight? It’s crazy!”

Masvidal, who dropped out of the Top 5 back in May, has also turned down Edwards on two separate occasions (including here).

Burns was finished by Usman in their UFC 258 title fight back in January. “The Nigerian Nightmare” has also defeated Covington, Masvidal, and Edwards, leaving the division in short supply of clearcut title contenders. That said, streaking 170-pound “Assassin” Vicente Luque has quietly put together a 10-1 run with nine finishes, so expect to see the Brazilian in the mix sooner, rather than later. 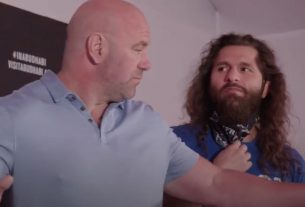 Coach Mike Brown: Joanna Jedrzejczyk has nothing to prove, won’t take ‘rinky-dink fight’ that means nothing 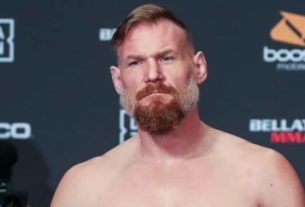