Skip to content
Neiman Gracie: ‘My game brings the most danger’ to Bellator champ Yaroslav Amosov

A multiple-time jiu-jitsu champ, 90 percent of Gracie’s wins have come by submission. And although Amosov (26-0 MMA, 7-0 BMMA) is a grappling specialist himself, Gracie (10-2 MMA, 8-2 BMMA) doesn’t see him as well versed on the ground as he is.

“My future plan is to face Yaroslav Amosov for the belt,” Gracie told MMA Junkie. “It’s a great matchup. We’re both grapplers. I feel my game brings the most danger to his. He likes takedowns. But on the ground, he doesn’t have much to offer. I think it will be an exciting fight for the fans, to see two great grapplers face off.”

But first Gracie has to get through Mark Lemminger (12-3 MMA, 2-2 BMMA) in the co-main event of Bellator 266 on Saturday, where he’ll look to notch another submission win.

“Mark Lemminger is tough,” Gracie said. “He’s a complete fighter. I feel he prefers to wrestle. He has a strong base. But I see myself winning by submission within two rounds.”

After an unbeaten start to his pro MMA career, Gracie has dropped two of his past three, most recently a unanimous decision loss to Jason Jackson at Bellator 255 in April. Disappointed with the loss, No. 4-ranked Gracie would like to run things back with Jackson at some point, who’s ranked one spot ahead of him in Bellator’s welterweight standings.

“I’m happy with the way my career has been coming along,” Gracie said “I’m happy to be in Bellator. It keeps on growing. Regarding my loss to Jason Jackson, I actually felt I won that bout. But the judges gave it to him. I’d love to get a rematch as soon as possible.”

How to watch Bellator 266: Davis vs. Romero fight card, streaming and ticket info

Neiman Gracie: ‘My game brings the most danger’ to Bellator champ Yaroslav Amosov 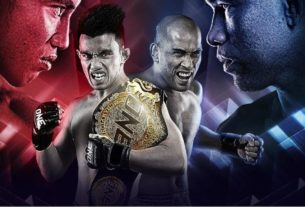 Darren Till Believes He’ll ‘Be Too Much’ For Israel Adesanya 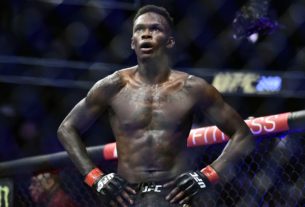