The Countdown To UFC 266 Has Officially Begun

The countdown to UFC 266 has officially begun.

This Saturday, UFC 266 will take place from The T-Mobile Arena in Las Vegas, Nevada. There will be three five-round bouts on the card, including two world title fights and the return of the enigmatic Nick Diaz.

In the main event, Brian Ortega will have his second career opportunity at UFC featherweight gold when he challenges #4-ranked pound-for-pound fighter, Alexander Volkanovski. Ortega truly shined in his most recent performance against The Korean Zombie, but now he must put his best foot forward once again, this time against the best of the best at 145.

The co-main event will feature Valentina Shevchenko looking to make her sixth successful flyweight title defense when she locks up with veteran Lauren Murphy. Will Murphy be able to defy the massive odds placed against her and be the one to dethrone the seemingly unstoppable Bullet?

And in the third five-round showcase, Nick Diaz will return after six years away from competition when he duels with familiar foe Robbie Lawler. Way back in 2004, Diaz defeated Lawler via KO. Does Diaz still pack the same wallop nearly two decades later? And how well prepared is Diaz ahead of his big comeback fight?

To help answer that final question, you can check out the official UFC 266 Countdown video at the bottom of this article. But first, let’s look at the fully stacked lineup on hand this Saturday night!

Continue Reading The Countdown To UFC 266 Has Officially Begun at MMA News.

The Countdown To UFC 266 Has Officially Begun 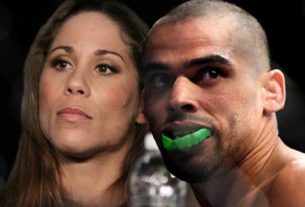