Francis Ngannou believes had it not been for his UFC 220 loss to Stipe Miocic in 2018, he may have never become the heavyweight champion.

When Ngannou first fought Miocic, he was dominated for all five rounds as he gassed himself out and Miocic used his wrestling to control the fight. It showed to Ngannou he had major holes in his game which he has since fixed since moving to Xtreme Couture and working under Eric Nicksick.

Now, on Monday evening, Ngannou took to Instagram to reflect on the first Miocic loss and credited that fight for changing him as a fighter.

“Almost 4 years ago I came out very short for my first title challenge against the great Stipe Miocic, but I realized that night that even though it wasn’t the outcome that I wanted, I knew that I didn’t lose. Not because I wasn’t even close on the scorecard, but because I knew that I learned more in one night than I’ve learned in the past 4 years in the sport. Without that loss, I’m not sure that I could’ve have won in the rematch because I would have done the same mistakes that I did 3 years earlier. Nelson Mandela said I don’t lose, I win or I learn,” Ngannou wrote on Instagram.

Francis Ngannou went on to rematch Stipe Miocic at UFC 260 this past March where he scored a second-round KO. It was a great performance from Ngannou as he showed off his new and improved takedown defense and was patient to pick his shots and didn’t rush anything as he did in the first fight.

Ngannou is now set to defend his heavyweight title for the first time against Ciryl Gane at UFC 270 in January. The location of the event is not yet official.

What do you make of Francis Ngannou’s reflection on the first Stipe Miocic fight? 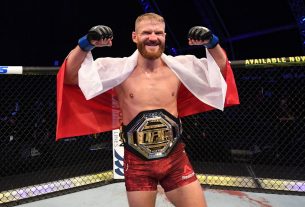 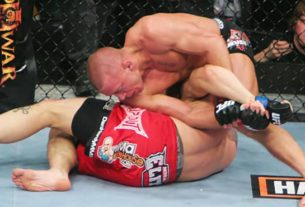 Leon Edwards ready to fight Jorge Masvidal before end of year: ‘Stop with the excuses’