Video: Does MMA have a domestic violence problem?

Mixed martial arts – the UFC in particular – has looked bad these past few weeks with three high-profile domestic violence arrests involving some big names in the sport.

UFC Hall of Famer Chuck Liddell was the latest to be jailed on a domestic violence charge in Southern California involving his wife. This came just two days after UFC fighter Luis Pena also was arrested and charged with domestic violence and battery after “putting hands on two women.” These two cases were preceded by former UFC light heavyweight champion Jon Jones’ arrest in Las Vegas for alleged abuse against his wife with their kids present hours after he was inducted into the UFC Hall of Fame.

Taking this recent string into account, along with past cases such as Mike Perry, and it begs the question: Do we have a domestic violence problem in MMA? If so, what can be done? Our “Spinning Back Clique” panel of Matthew Wells, Danny Segura, and “Gorgeous” George Garcia discuss this topic with host John Morgan.

Check out their discussion in the video above and watch this week’s full episode below:

Video: Does MMA have a domestic violence problem? 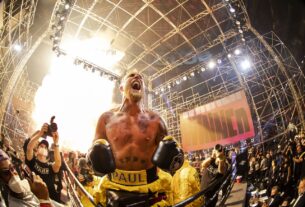 Triller On The Hunt For Illegal Paul Vs. Askren Streamers