LAS VEGAS – Martin Buday took quite a bit of damage to his face before scoring a finish at Dana White’s Contender Series 43.

Buday (9-1) was on the receiving end of a flurry of punches from opponent Lorenzo Hood on Tuesday, but he managed to use his clinch to slow down the action and ultimately get the stoppage to earn a UFC contract.

The 29-year-old Slovakian fighter notched his second win in 2021 after a two-year layoff and is already eager to get back in there. But that will depend on the results of his nasal scan as Buday’s nose was noticeably marked up after the fight.

“I felt the nose definitely, but I managed to set up the clinch and finish the fight,” Buday said during the DWCS 43 post-fight news conference.

He continued, “We’ll see how the nose gets well, how it heals, and we will see. I want to go back to work as soon as possible.”

To see the full interview with Buday, check out the video above. 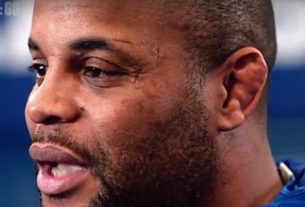 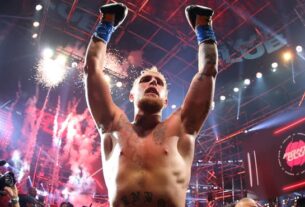 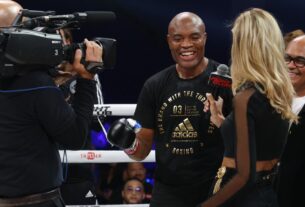 Anderson Silva Warns The Paul Brothers: ‘They Have To Fight Me And Vitor’