The surgically-repaired McGregor may be out of action until late 2022, but that hasn’t stopped “Notorious” from fighting on social media.

UFC fighters are doing a bang-up job of representing themselves, as well as the promotion.

In addition to the multiple domestic violence arrests over the last couple of weeks, one of which resulted in a terminated contract, former UFC lightweight champion Conor McGregor is lighting up Twitter with another round of “disturbing” personal attacks.

But hey, he’s worth the trouble according to the man in charge.

Here’s a sample of today’s since-deleted Twitter rant, which started with longtime rival Khabib Nurmagomedov, who retired from UFC back in summer 2020:

I guess “cousin wife” is the new “towel wife.”

Nurmagomedov’s longtime friend and manager, Ali Abdelaziz, tried to intervene on “The Eagle’s” behalf and well … I don’t think you’ll be shocked to know that it ended poorly.

A female fan spoke out against McGregor during his attack on Nurmagomedov, citing some of the Irishman’s less-than-flattering headlines over the last few years, and that prompted an immediate response from the “Notorious” power puncher.

Bellator MMA welterweight Dillon Danis, who was tapped out by some random bouncer at the Jersey Shore earlier this month in “The Garden State,” went after Abdelaziz because aping McGregor is the only thing that unflushed turd knows how to do. 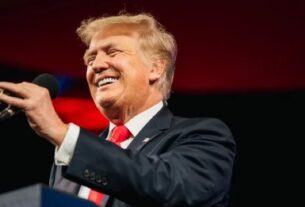