LAS VEGAS – From his performance to post-fight celebration, Viacheslav Borshchev made quite the first impression.

Borshchev (5-1) punched his ticket to the UFC when he scored a highlight-reel knockout of Chris Duncan at Dana White’s Contender Series 43 on Tuesday in what was a nearly flawless performance by the entertaining Team Alpha Male fighter.

“That’s what I pretty much always do,” Borshchev said during the DWCS 43 post-fight news conference. “I’m pretty fast for my weight class, and I expected him to be much slower than me. I didn’t expect him to be that strong of a wrestler – no, I can’t say that. I expected him to, but I just kept following our plan. Just move, move and beat the sh*t out of him, that’s it.”

To see the full interview with Borshchev, check out the video above.

Fighters React To Brian Ortega vs. Chan Sung Jung At UFC on ESPN+ 38 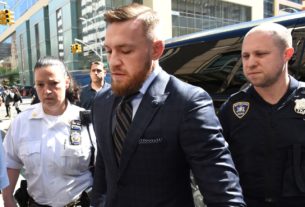