The Pulse of MMA: Fans React To Masvidal/Edwards & Other Fight News

The Pulse of MMA: Fans’ Raw Reactions To The Sport’s Biggest Stories

Finally, after two years, a three-piece, and a soda, MMA fans will finally get to see a grudge match between Jorge Masvidal and Leon Edwards. After the news was announced, here’s how the MMA community reacted to the news:

Luke Rockhold Injures Back, Out Of Sean Strickland Fight

Unfortunately, as one major fight got made, another collapsed after Luke Rockhold was forced to withdraw from his UFC 268 bout against Sean Strickland. Strickland himself has already reacted to the news, but here’s how The Pulse of MMA reacted:

Geoff Neal vs. Santiago Ponzinibbio Set For UFC 269 On Dec. 11

Getting back to some good news, another welterweight bout was added to UFC 269, with Geoff Neal taking on Santiago Ponzinibbio. Here were the fresh comments from MMA Twitter after this news was announced:

Want to be featured in an upcoming edition of The Pulse of MMA? Be sure to give our Twitter page a follow and let your voice be heard in the comments sections!

Continue Reading The Pulse of MMA: Fans React To Masvidal/Edwards & Other Fight News at MMA News.

The Pulse of MMA: Fans React To Masvidal/Edwards & Other Fight News 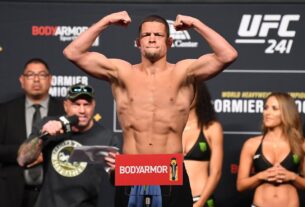