The UFC’s busy October schedule rolls on Saturday with UFC Fight Night 195, which takes place at the UFC Apex and streams on ESPN+.

A makeshift women’s featherweight bout headlines the card. Aspen Ladd (9-1 MMA, 4-1 UFC) will move up a weight class on short notice as a replacement for Holly Holm when she takes on Norma Dumont (6-1 MMA, 2-1 UFC) in the first UFC main event for both athletes.

For more on the numbers, check below for 35 pre-event facts about UFC Fight Night 195. 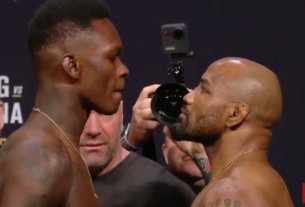 Face Off! ‘Stylebender’ Stares Down Romero In Vegas 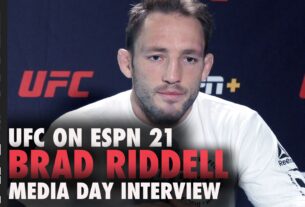 Facing ‘polar opposite’ in style, Brad Riddell sees ranked opponents being ‘a little nervous’ after UFC on ESPN 21