Edwards Reveals Masvidal Was Flown Out Of England To Avoid Payback

UFC welterweight contender Leon Edwards has revealed what happened in the aftermath of his backstage altercation with Jorge Masvidal in 2019.

Not many active rivalries in the UFC boast as much animosity as the one between Edwards and Masvidal. It all started in 2019 at a UFC Fight Night event in London. “Gamebred” faced and knocked out Edwards’ compatriot Darren Till in the main event.

During a backstage interview with Laura Sanko, “Rocky” walked past and exchanged words with Masvidal. After approaching the Englishman, the Miami native let his hands go and cut Edwards open with some fast strikes. He later coined the combination a “three piece and a soda.”

Given the altercation, many had expected the foes to collide in the Octagon soon after. Over two years later, the pair are still yet to do so, although they’ve now agreed to settle their score in the cage before the end of 2021.

Ahead of their blockbuster showdown, Edwards discussed the rivalry during a recent episode of Ariel Helwani’s The MMA Hour. When asked if anything occurred after the backstage clash, the #3-ranked welterweight revealed that the UFC scrambled to avoid a retaliation. According to him, Masvidal was hid somewhere in the capital and flown out of the country overnight.

“Afterwards they hid him away. They took him out the hotel, I don’t know where they put him. But they hid him somewhere in London and flew him out early hours of the morning. You know, he would have been hurt badly doing what he did, you know. So, they hid him away and took him, I don’t know where they took him and his team, and flew them out in the middle of the night. So, he knows that he had something coming to him and they had to get him out the country.”

Despite Masvidal’s great escape, Edwards maintains that nothing has changed with regards to his attitude towards making the former title challenger pay. According to the Jamaican-born Englishman, things will get physical as soon as he sees “Gamebred.”

“The can not put me and him in the same environment. I feel they know that already… this is not just a fight, this is a war. I am coming for him, Wherever i see him, it’s on sight and that’s just it. [Even if it’s at the hotel?] It’s on sight Ariel, it’s on sight. When I see him, that’s it.”

Edwards will finally have his chance to get his hands on Masvidal at UFC 269, which will be the final pay-per-view of the year. The pair will meet in a three-round bout on December 11.

Who do you think will have their hand raised at UFC 269, Leon Edwards or Jorge Masvidal?

Continue Reading Edwards Reveals Masvidal Was Flown Out Of England To Avoid Payback at MMA News.

Edwards Reveals Masvidal Was Flown Out Of England To Avoid Payback 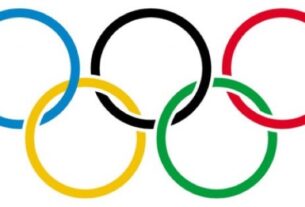