A 52-year-old MMA fighter replaced his son in a fight but was disqualified shortly after biting his opponent.

Mateusz Muranski (the son) was scheduled to fight Arkadiusz Tancula at Fame MMA 12 last weekend in Poland. The FAME MMA 12 fight was a rematch and was expected to take place inside Ergo Arena in Gdansk, Poland.

The two fought in May 2021, where Muranski lost his MMA debut by unanimous decision. However, when Mateusz Muranski was unable to make the walk for a rematch months later, his 52-year-old father Jacek Muranski, stepped up to the plate instead.

Unlike typical cage dimensions, the main event took place inside of a 9-foot by 9-foot cage. Tancula enjoyed an advantage in size and was able to knock down Jacek Muranski multiple times with a right hand. The contest was scheduled for five, 2-minute rounds.

After Tancula bloodied and battered the 52-year-old, Muranski was able to clinch and avoid being finished. The fight would be stopped in the fourth round after Muranski bit Tancula’s shoulder and repeatedly grabbed the fence. Tancula exited the cage after winning by disqualification.

Muranski was injured during the fight and needed a sling for his shoulder after the contest concluded. Prior to taking the short-notice fight, Jacek Muranski focused his aim on the Polish rapper ‘Popek’ as his next potential MMA venture. Muranski attempted to do a post-fight interview but was booed by the crowd in Gdansk, Poland.

What do you make of Jacek Muranski stepping in for his son and getting disqualified for biting and cage grabbing? 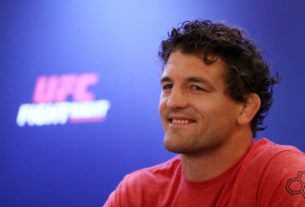