UFC 270 marks the first pay-per-view of 2022 and goes down on January 22nd from the Honda Center in Anaheim California.

Headlining the card: a heavyweight title unifier between former teammates Francis Ngannou and Ciryl Gane. It’s a big fight. Big enough that the UFC devoted the entire UFC 270 poster to just Ngannou and Gane, despite the card also featuring the third bout between flyweight champ Brandon Moreno and Deiveson Figueiredo.

The heavyweight throne is

There’s a lot going on when it comes to the Francis Ngannou vs. Ciryl Gane fight. First off, it’s a chance for champion Ngannou to knock the belt off Gane’s waist, an interim title that Francis has made clear should never have been issued in the first place. It’s also a chance for him to take some form of revenge against his former coach at the MMA Factory, Fernand Lopez, who has been talking all sorts of smack about what a lousy person “The Predator” secretly is.

Last but not least, Ngannou has just one more fight on his UFC contract. It’s a complicated situation: on one hand, beating Ciryl Gane would put him in a much better negotiation position with the UFC in some ways. In others, it actually locks him in with the company due to a champion clause that keeps him from walking away from the promotion with the belt. And there are signs Ngannou wants to walk away … he certainly sees the 10+ million dollar paydays going around in boxing and isn’t likely to accept a paltry 2-3 million from the UFC.

So make sure to enjoy this heavyweight championship match up, because unless Ciryl Gane wins it could be the last we see for a while as Ngannou takes on the UFC. 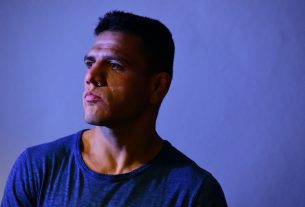 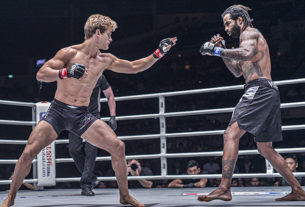 Sean Brady details overcoming recent health scare: ‘I thought I was going to lose my foot’