Amateur MMA fighter Donovan Salvato (3-1) was arrested and charged with domestic assault earlier this month after biting — and lacerating — his roommate’s testicles. Nashville Scoop claims the victim, Abel Sosa, confronted Salvato over their current living arrangements and things went south from there.

I’m not sure how a physical altercation ends up with someone’s balls getting eaten, unless Salvato — being an MMA fighter — was attempting a north-south choke and seized the opportunity. The result was a 2.5-inch laceration of Sosa’s scrotum, multiple bruises, and swelling to his head.

“If you know this individual do not trust your nuts around him,” Sosa wrote on Facebook (via Drake Riggs). “Literally the evidence I will be using in court is a piece of skin that he managed to rip from my testicles. I received three stitches at the VA hospital and multiple injections to prevent dental infection from spreading, right on Veteran’s Day. I should have good ol’ Marine Corp eye-gouged the son of a bitch. But so focused on maintaining control, never threw a punch. Victories are won with composure.”

That sounds more like a loss, but I won’t go nuts over the finish. 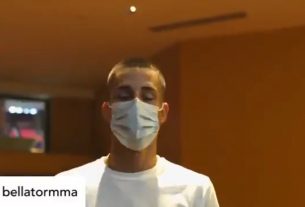 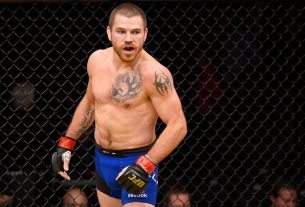