Kevin Holland is finally dropping down.

Since he joined the UFC in 2018, Holland (21-7 MMA 8-4 UFC) has competed at middleweight – but has always vocalized his openness to matchups at welterweight, too. On Wednesday, Holland officially announced via Instagram the wheels are in motion for a drop to 170 pounds for 2022 competition.

Holland’s manager Oren Hodak, president of KO Reps, told MMA Junkie on Wednesday that Holland recently visited the UFC Performance Institute for a variety of reasons. Among them, Holland received physical therapy for injuries, underwent concussion clearance tests, and worked with the PI’s team on a game plan for his cut to his new weight class.

Holland does not have a date or opponent for his UFC welterweight debut. He enters the division winless in his most recent three outings including two unanimous decision losses to Marvin Vettori and Derek Brunson as well as a no contest against Kyle Daukuas in his most recent fight.

In early 2020, Holland was briefly scheduled to compete at welterweight in a fight against Daniel Rodriguez. However, he suffered a shoulder injury and withdrew from the fight. Early in his professional career, Holland competed at 170 pounds for the XKO and LFA promotions among others. 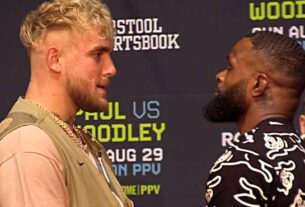 Bobby Nash Thankful for Opportunity to Compete in XFC Tournament