The Dan-ald joins an elite group of martial arts masters.

That ranks him above 8th Dan Chuck Norris — and a lot of other Taekwondo masters — which may explain why the combat sports community is up in arms. Blame World Taekwondo Headquarters (Kukkiwon) President Lee Dong-sup, who insists there are no political motives behind the honorary certificate.

“It is my honor to receive the Honorary Dan Certificate and I think Taekwondo is magnificent martial art for self defense,” the former U.S. President said after donning his Dobok. “I wish to see Kukkiwon Taekwondo Team’s demonstration.”

Trump, who was voted out of office last November, doesn’t practice any sort of martial art but has long been a supporter of UFC and promotion president Dana White. In fact, the Las Vegas fight boss stumped for the controversial real estate mogul at two Republican National Conventions.

It should be noted that Russian President Vladimir Putin was also awarded a 9th Dan Taekwondo black belt back in 2013. 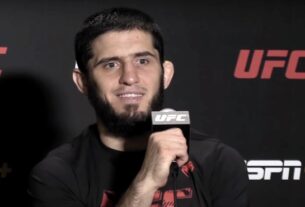