“The Diamond” has been in this spot once before, but came up short against Khabib Nurmagomedov at UFC 242 in September 2019. Nurmagomedov has since retired, though, and Poirier has emerged with a three-fight winning streak, including two finishes of Conor McGregor.

Brown said Poirier is in his zone at the moment, and he predicts victory for his athlete at UFC 269.

The matchup between Poirier and Oliveira has many historic layers to it. It will mark the 54th combined UFC appearance for both men, the most experience ever seen in a title fight. They also combine for the most UFC finishes and bonuses in a single championship matchup, and the track record shows this fight having the potential to end in the blink of an eye.

Brown knows Oliveira is no joke. The Brazilian has the most finishes and submission wins in UFC history, and Brown said avoiding vulnerable positions on the ground is going to be a massive key to victory.

“He’s very dangerous,” Brown said. “He has the ability to probably tap anybody. There’s some really red-zone danger areas to worry about with him. He’s got a lot of experience, been in many, many fights, just as Dustin. But I do think Dustin’s beaten better guys in his career.”

Poirier has been in the fight game for a long time and has experienced plenty of ups and downs during his run. Brown has been with him for most of the journey, and he said a triumphant performance would be a truly special moment in his coaching career.

“It’ll be amazing,” Brown said. “I don’t know if words can really describe it. It’s a lifetime of work coming to a head. To a spot where you can’t get any higher. The ultimate view. This is where we’re at. He’s very close to that moment and in two weeks we’re going to get it.” 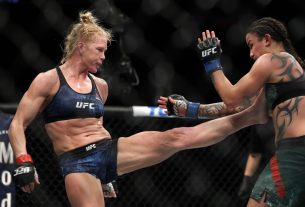