UFC is currently looking to pair up Irene Aldana and Aspen Ladd for their April 9th event, per reports.

The fight isn’t finalized but is currently in the process of being made, per a report from Carlos Contreras Legaspi of ESPN Deportes. Should the fight be made official, it would join UFC 273.

The matchup places two of the higher-ranked bantamweights up against each other. Aldana currently sits third in the division’s official rankings, with Ladd just trailing behind in fourth place.

A win for either fighter would put them a step closer to being in the title conversation, one that has recently changed amid the crowning of new champion Julianna Peña.

The potential booking could mark Ladd’s return to bantamweight—a division she has not competed in since late 2019.

Ladd’s last fight was a short-notice appearance at featherweight, where she lost a decision to Norma Dumont. She was pulled from a fight earlier in October, as she fell ill while attempting to cut down to the bantamweight limit.

Ladd’s fight in the fall put an end to an unlucky two-year period where she was pulled from four different fights. One of the bouts was thrown out due to her opponent being injured. Another was canceled in 2020 after she tore her ACL and MCL.

Aldana is currently riding the momentum of a finish victory she scored against Yana Kunitskaya in July. That fight put her back into the win column.

Her previous fight was in October 2020, where she lost a five-round decision to the now #2-ranked Holly Holm. Aldana has spent her entire UFC run at bantamweight, attaining six wins and four losses in that time.

Who do you see winning this matchup? And where do you think a win would put either fighter in the title picture? 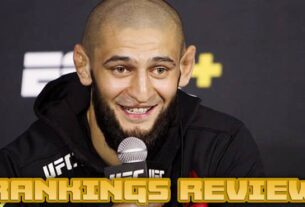