Conor McGregor’s business was the target of a nasty attack. According to The Mirror, The Black Forge Inn, McGregor’s upscale pub, was targeted with “petrol bombs,” commonly referred to as Molotov cocktails. The pub is also the location of McGregor’s infamous fight with an old man.

McGregor was not on-site at the time, though he often is. No injuries or damage have been reported.

“After hours (Wednesday) it appears that criminals made an unprovoked effort to inflict damage to the Black Forge Inn,” a statement to The Mirror from the pub says. “There was no damage done to any patrons, employees or the Forge and Mr. McGregor was not on the premises at the time of the incident. The gardai have opened an investigation into the event. We are open and busy as always.”

The Irish police (gardai) are looking for “two men allegedly seen driving toward the pub on a scooter,” according to MMA Junkie. An investigation is ongoing. 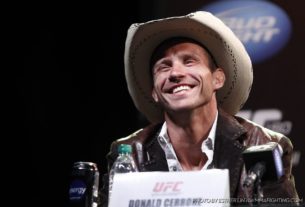