Daniel Cormier Has No Interest In Training Jake Paul At AKA

Daniel Cormier is not keen on the idea of Jake Paul joining his gym.

Jake Paul has taken the world of boxing by storm. He might be one of the most talked-about fighters on the planet. Now, he is teasing a transition to MMA and wants to train at one of the best gyms in the country, American Kickboxing Academy (AKA). That gym is home to some of the best the UFC has ever seen, including Khabib Nurmagomeodv, Cain Velasquez, and Daniel Cormier.

Recently, AKA Head Coach Javier Mendez spoke about Paul possibly joining the gym. He expressed admiration for what Paul has done to get his fight career off the ground but also mentioned that the team needs to vote on him joining and if anyone is against it he would not be welcome. One man is already speaking out against the move. That man is Daniel Cormier.

“No, I have no interest in that,” Cormier told The Schmo on his Youtube channel. “It seems like a lot of ploys, right? It’s always ploys. I don’t know how true much of it is, but it seems like a ploy to me, so I’m not going to play that game.”

Paul and Cormier have had their share of public trash talking. Cormier was critical of Paul and his boxing skills, so Paul offered to fight Cormier. Cormier responded that he would face Paul but only in an MMA fight. Now that Paul is actually planning a go at MMA, perhaps training with a man you want to fight is not a good idea.

Cormier is retired from MMA and is likely not going to fight Paul at all. However, retired fighters are exactly who Paul targets. And with the amount of money offered in Paul’s bouts, Cormier, who has a huge weight advantage, might just be persuaded to take one more fight.

Do you think Daniel Cormier would ever fight Jake Paul in MMA or boxing?

Continue Reading Daniel Cormier Has No Interest In Training Jake Paul At AKA at MMA News.

Daniel Cormier Has No Interest In Training Jake Paul At AKA 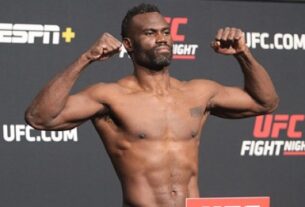