Despite the controversy surrounding her most recent fight, Priscila Cachoeira will make her octagon return in February.

Two people with knowledge of the booking confirmed the matchup to MMA Junkie on Thursday but asked to remain anonymous since the promotion has yet to make an official announcement. John Hyon Ko was first to report the news.

Cachoeira’s fight against Gillian Robertson at UFC 269 was full of controversy. Not only did she come in three pounds over the flyweight mark, she gouged Robertson’s eye when trying to get out of a rear-naked choke submission in the first round. But Robertson was able to keep her grip and eventually forced the Brazilian to tap with just one second left in the round.

The desperation and illegal move caused a public outrage, even prompting the likes of renowned UFC commentator Joe Rogan to call for Cachoeira to be cut by the promotion. Cachoeira’s manager came to the defense of his client, saying she unintentionally stuck her fingers in Robertson’s right eye and was only attempting to fight the choke. Prior to the Robertson loss, Cachoeira was coming off back-to-back knockout wins over Shana Dobson and Gina Mazany.

Kim was scheduled to face Poliana Botelho at UFC 270 on Jan. 22, but the fight was scrapped when Botelho withdrew. The South Korean fighter has split her past six appearances and is coming off two straight setbacks to Alexa Grasso and, most recently, Molly McCann in a Fight of the Night effort.

With the addition, the UFC Fight Night lineup for Feb. 26 includes: 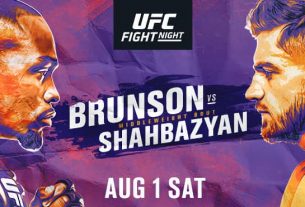 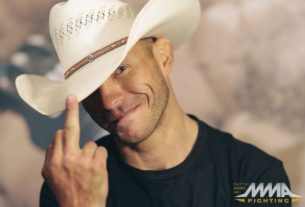 McGregor Jumps To -275 Favorite Over Cerrone