Bontorin (17-3 MMA, 3-2 UFC), who snapped a two-fight losing skid when he beat Matt Schnell at UFC 262, sees a lot of similarities between Schnell and Royval, whom he faces Saturday on the main card of UFC on ESPN 32.

Although Royval (12-6 MMA, 2-2 UFC) has lost two in a row, Bontorin sees a game opponent in a matchup that’ll come down to whoever makes the first mistake.

“I think this fight is going to be a very heated one.”

Check out the full media day interview with Bontorin in the video above. 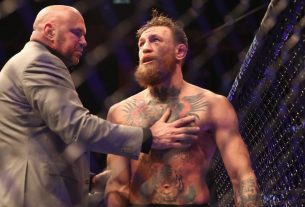