Though he was only able to fight two times in 2021, bantamweight Alden Coria feels like the year was a good one because he was able to pick up some knowledge in his fights and display the evolution of his game.

In particular Coria feels like his striking was his biggest leap forward in 2021 as evidenced by his first win of the year over Rashaad Robinson at LFA 101 last March.

“It was kind of a rough year because of Covid, there were still a lot of restrictions, but the LFA took care of me and got me in two fights,” Coria told MMAWeekly.com. “The first fight I learned I have more punching power than I gave myself credit for.

“In my second fight I don’t think I took anything different from that fight, but I gained experience. I would say I’ve gained a lot more confidence in my striking. I’m going to a new striking gym. That’s what I’m carrying into 2022 is a whole lot more work on my striking game, and my MMA career.”

In addition to focusing on his striking, Coria feels like the diverse locations he’s trained in and the myriad of people he’s trained with have helped him develop a lot the past few years.

“From my amateur to my pro career I’ve gained so much knowledge,” said Coria. “From lower levels to the highest levels, I’ve travelled all over Singapore, Japan, hung out with a lot of fighters from Vegas; all the experience I’ve had have really built me up to be the fighter that I am.

“All the training partners that I’ve been able to train with, all the UFC fighters that I’ve gotten to have one-on-ones with have really changed my game.”

This Friday in Dallas, Texas, Coria (5-0) will look to keep his undefeated streak alive when he faces fellow unblemished Michael Cyr (3-0) in a main card 135-pound bout at LFA 121.

“I’m not too really worried about it,” Coria said. “I never game plan. I just take the fight as it comes. I react. If I’m too worried about what his game plan is then I’m not really focusing on my best skills. If I’m too focused at what he’s trying to beat me at.

For Coria 2022 looks to be the year he gets his shot at the next level. While he has an idea of what step he’d like to take next, as long as he gets there the exact nature of how he makes it isn’t as big as a concern to him.

“I would say that I have a feeling that this year is my year for either the Contender Series or the UFC contract,” said Coria. “I’d rather have the UFC contract, but you can’t pick and choose, so pick whatever they give me. Just whatever happens, I’m ready for it all.

“I’ve been in this game 10 years now and this year I’m really looking forward to what’s next.” 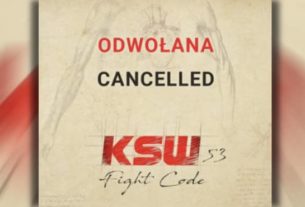 Dominick Reyes Claims UFC is ‘On Board’ for Jon Jones Rematch 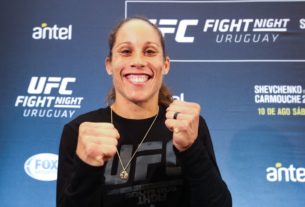