The first ONE Championship show of the year is in the books, and Jing Nan Xiong still is champion.

Xiong (17-2) retained her women’s strawweight title with a unanimous decision over Ayaka Miura (11-4) in the main event. It was Xiong’s sixth successful defense of the belt. ONE Championship: Heavy Hitters took place at Singapore Indoor Stadium.

Miura hoped to take the fight to the canvas against the champ, but Xiong’s boxing and power was too strong, as was her takedown defense en route to the decision win. The 34-year-old Chinese fighter won for the third straight time and 12th time in 13 fights. Her only loss in that stretch was when she move down 10 pounds to challenge for Angela Lee’s atomweight title and was submitted in 2019.

In other MMA action on the card, Khabib Nurmagomedov protege Saygid Izagakhmaev submitted former title challenger James Nakashima with an arm-triangle choke in the second round. Izagakhmaev picked up a $50,000 performance bonus from ONE after the fight.

Japan’s Senzo Ikeda finished prospect Elipitua Siregar with a third-round knockout. And on the prelims, Shuya Kamikubo remained unbeaten in ONE with a second-round submission of Troy Worthen. And women’s strawweight contender Tiffany Teo dominated Meng Bo on the canvas for a second-round rear-naked choke finish. 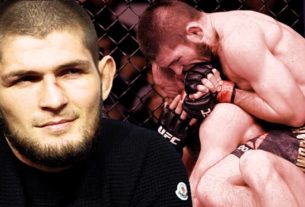 Mana Martinez vs. Drako Rodriguez in the works for Dana White’s Contender Series on Aug. 4