As fight fans gear up for UFC’s return this weekend with UFC Vega 46 they were treated to an early knockout special compliments of ONE Championship: Heavy Hitters in Singapore on Friday.

The incident occurred during a kickboxing match between Giannis Stoforidis and Beybulat Isaev on the main card. Stoforidis was making his ONE Championship debut and going up against a streaking knockout artist in Isaev so expectations were relatively curbed for the 32-year-old Greek fighter.

That said, Stoforidis quickly flipped the script and impressed everyone from the cageside commentators to the fans watching around the world. Moments into the first round both light heavyweights launched heavy left hooks that connected flush. Stoforidis was able to eat the shot and stay conscious as he tumbled to the ground, but Isaev was instantly put out and crashed to the canvas in a heap. The whole fight lasted just 31 seconds.

Check out the finish above courtesy of ONE Championship.

While this isn’t quite as rare as two simultaneous knockouts it’s still pretty unique. Isaev is a devastating knockout artist so for Stoforidis to eat the shot and still score his own finish speaks levels to his ability. It’s safe to say Stoforidis made a memorable debut in his first ONE Championship fight. 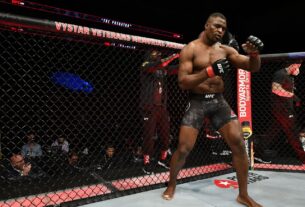 UFC on ESPN+ 24: Make your predictions for Curtis Blaydes vs. Junior Dos Santos 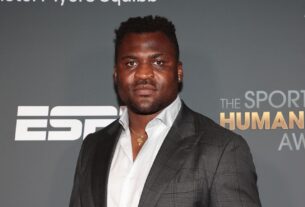