On Saturday night Giga Chikadze suffered his first official UFC loss when Calvin Kattar brutally picked him apart for five full rounds. The bout, already a contender for Fight of the Year, saw both men transported to the hospital after a hard-fought battle.

Shortly after the fight, Chikadze took to Facebook Live from his hospital bed to share his thoughts on his performance.

“I f*cked up last night, but it’s all good,” Chikadze said. “It’s the journey. I’m learning from this. Next time, I’m going to come back so much stronger. I already feel bad for my future opponents, so I’m going to learn a lot from this one. Trust me on that.

“Also, I feel like if I would fight with this guy 10 times, nine I would win. That would be the one I would lose, and that was last night. It is what it is. I made mistakes, and I’m paying now with that. It’s all good. I’m unbreakable, remember this sh*t. Georgians are always unbreakable. This is how we fight: until the f*cking end.”

Despite the loss, many fans praised him for lasting the five full rounds and not giving up or being finished in the face of a tough opponent. 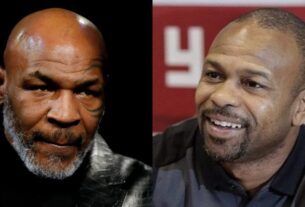 Mike Tyson reveals a DMT Toad inspired his boxing comeback: “The toad said you gotta do this, you have to do it” 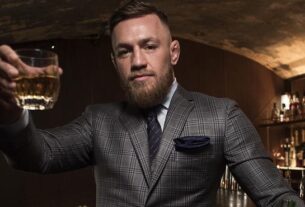 Conor McGregor sells majority of Proper No. Twelve for $600 million