As with most major UFC cards, the promotion recently released a special “Countdown” preview featuring an in-depth look at the main and co-main events, and UFC 270 was no exception. Ngannou and Gane have a personal history from their days as former sparring partners and Moreno and Figueiredo … well, they just flat-out don’t like one another.

Ngannou (16-3), who captured the crown from Stipe Miocic back in March, was expected to make his first title defense against heavyweight contender Derrick Lewis, but the promotion was unwilling to wait for “The Predator” and instead booked Lewis vs. Gane.

Gane (10-0) outclassed Lewis en route to a third-round technical knockout finish. “Bon Gamin” has risen through the heavyweight ranks unopposed, having disposed of top contenders like Jairzinho Rozenstruik and Alexander Volkov along the way.

Moreno (19-5-2) and Figueiredo (20-2-1) first went to war at UFC 256 back in late 2020. “The Assassin Baby” was a sizable underdog but hung on for a majority draw, thanks to some in-fight hijinks that led to their inevitable rematch. Part two told a much different tale, as Moreno submitted Figueiredo in the middle of the third frame, setting up the trilogy.

For the rest of the UFC 270 fight card and ESPN+ PPV lineup click here. 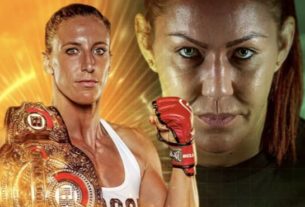