Skip to content
Dominant in Bellator, Gegard Mousasi doesn’t think clearing out a division is possible: ‘There’s always another guy’

NORWICH, Conn. – Every time Gegard Mousasi steps in the cage these days, it’s preceded by questions of weight shifts and super fights.

The lead-up to Bellator 282 has been no different. Before Mousasi (49-7-2 MMA, 7-1 BMMA) even has a win over undefeated rising star Johnny Eblen (11-0 MMA, 7-0 BMMA), the rumors swirl about the encore. Laid-back and seemingly an open book, Mousasi has always said he’s open to different opportunities – but he also reminds remaining at middleweight presents challenges, too.

“There’s always another guy,” Mousasi told MMA Junkie at a pre-fight news conference Wednesday. “Fabian (Edwards) is there. (Anatoly) Tokov is there. Yoel Romero is there. You never clean out the division. There’s always somebody else. I look at this fight and then afterward, I don’t know. We’ll wait to see what they’ll call me for.”

Mousasi admitted he doesn’t like fighting. He doesn’t even really think about the fact a win Friday would make it 50 victories as a professional. He’s not much of a diehard spectator of the sport, despite his success in competition. A year from now, there could be names on his radar he doesn’t even know exist.

“The only one who stands out is Tokov, and Fabian, who just recently won,” Mousasi said. “There’s always up-and-coming guys on the bottom. I haven’t seen them. I haven’t been following it.”

Cat Zingano: Cris Cyborg offer wasn’t on table – but I want to ensure drug testing if it happens

If he were to pivot to a new challenge, Mousasi, 36, previously suggested a boxing match against Anderson Silva might be the play. However, with Silva seemingly accelerating up the boxing ladder, that ship has sailed. And don’t even get Mousasi started on bare-knuckle boxing.

“Very much, but it doesn’t look like it’s the cards right now,” Mousasi said. “Anderson Silva is doing well. He’s winning. Other than that, I don’t know who I’d box. There’s nobody out there. That’s the only option, to be honest. … No, (I won’t bare-knuckle box). I see the faces afterward. My hands hurt already. I have carpal tunnel syndrome. Pregnant ladies get that. No, no, no, no.”

Mousasi vs. Eblen: Method of victory? – Powered By PickUp 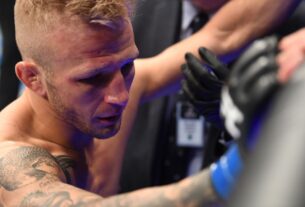 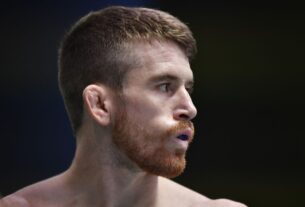 What’s Next For Cory Sandhagen?