All of the fighters competing at tomorrow night’s (Fri., June 24, 2022) Bellator 282 event in Uncasville, Conn., successfully made weight, including headliner Gegard Mousasi, who will defend his Middleweight title against Johnny Eblen in the main event.

But it was far from an easy task for “The Dreamcatcher,” who says he had to cut a whopping 24 pounds in a little less than a day to make championship weight.

“I need to cut weight, and I was too heavy, so I’m going to do that,” said Mousasi during the media conference call the day before weigh-ins (via MMA Fighting), revealing that he wasn’t having too much fun, which is the norm for him on fight week.

According to the former Strikforce 185-pound champion, he admits he got a little lazy with the weigh-cutting process ahead of his title defense against the undefeated (11-0) up-and-comer.

“Yeah, but I drank a lot of water, so I hope to pee a lot. I got lazy a little bit with the weight cut. I like to eat, and I’m old and I’m tired of cutting weight. So I cheated a little bit, but I will make weight. That’s no problem.”

Having to cut 24 pounds in less the 24 hours, Mousasi hit the nail on the head, coming in at a perfect 185 pounds, as did Eblen.

Making weight by having to cut a lot of pounds has always been a hot topic in the sport of mixed martial arts (MMA), with many scale fails torpedoing big fights. For Mousasi, making weight is a must and he remains perfect in his career, though he did say he missed the mark one time at a regional show.

Now that the hard part (for many fighters) is done, Mousasi will not attempt to take care of buisness by earning his third straight title defense against “Diamond Hands,” who is out to shock the world come fight night.

MMAmania.com will deliver coverage of Bellator 282 tomorrow evening on Showtime right here. To check out the latest Bellator MMA-related news and notes be sure to hit up our comprehensive news archive right here.

Darren Till rips Marvin Vettori after UFC on ABC 2 win: I would hurt him for five rounds 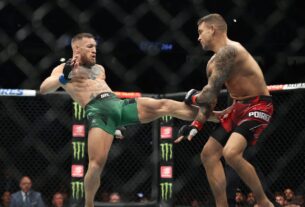 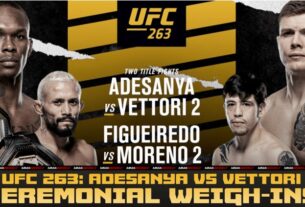