Zhang Weili: The Time Has Come For Me To Dominate The SW Division

Coming off arguably the most impressive win of her career, Zhang Weili is ready to reclaim the UFC’s strawweight title.

The 32-year-old is fresh off a highlight-reel knockout of former strawweight champion Joanna Jędrzejczyk at UFC 275. Jędrzejczyk retired following the loss, while Zhang appears poised to be the first challenger for current champion Carla Esparza.

Speaking to China Daily, “Magnum” outlined her vision for a second UFC title reign and the improvements she’s made since her first stint with the belt.

“I think the time has come for me to do it (dominate the division) after the retirement of Joanna, which means the end of an era…Technically, I’ve grown into an all-around fighter, but more importantly I think I am more mature mentally.”

Zhang lost her pro MMA debut in 2013 but won every other fight leading up to her arrival in the UFC in 2018. Three-straight wins earned her a shot at champion Jéssica Andrade, and after winning the title “Magnum” successfully defended it against Jędrzejczyk before suffering two-straight losses to Rose Namajunas.

“The two losses really gave me a chance to reflect on myself and reassess all the pros and cons of my career in the UFC after a flying start,” Zhang said. “Now I am more focused on what I want and how to achieve it. I am ready to come back stronger to create my own legend.”

The 32-year-old told China Daily that she’s open to a third fight with Namajunas at some point, but her immediate focus is on Carla Esparza. “The Cookie Monster” defeated Namajunas at UFC 274 to reclaim the strawweight title she originally won back in 2014.

While Esparza has publically reminded Zhang that she’s in control of a potential fight between the two, “Magnum” will be ready when her opportunity comes.

“It’s up to the UFC to come up with a date and location with Carla. For me, I am going to focus on making my preparations to the best of my ability. It doesn’t matter when and where, it’s only a matter of time.”

What do you think of Zhang’s comments about a potential second reign as the UFC’s strawweight champion?

Continue Reading Zhang Weili: The Time Has Come For Me To Dominate The SW Division at MMA News.

Zhang Weili: The Time Has Come For Me To Dominate The SW Division 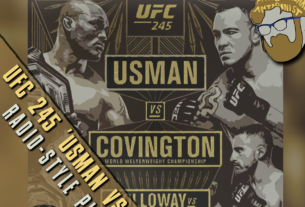