Roman Faraldo has a knack for separating people from their consciousnesses.

At Bellator 283, Faraldo (8-0 MMA, 5-0 BMMA) extended his knockout streak to five when he decimated Luis Iniguez (5-2 MMA, 0-1 BMMA) with a straight left. No follow-up punches were necessary, as referee Keith Peterson waved off the fight at 3:42 of Round 1.

The fight was all Faraldo from beginning to end. Faraldo’s striking was sharp, accurate, and effective. Prior to the finish, Iniguez looked tired as he threw lunging single-strikes. In the final few exchanges, Faraldo’s confidence visibly increased. After he stunned Iniguez in a combination, he put his hands down. Seconds later, a left hand sealed the deal.

Another one for the highlight reel. @RomanFaraldo just loves a 1st round finish.

Tune in to the #Bellator283 prelims, brought to you by @MonsterEnergy and fueled by @SuperiorGrocers.

Faraldo, 29, is one of the most highly-touted prospects in all of Bellator. With a 100 percent finishing rate under the promotion’s banner, the American Top Team product has compiled quite the highlight reel including two flying knee knockouts in Bellator.

The up-to-the-minute Bellator 283 results include: 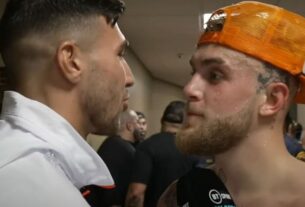 Tommy Fury: The Ball Is In Jake Paul’s Court 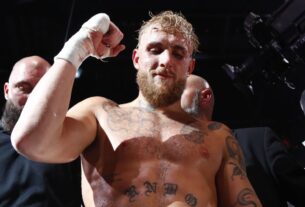 Jake Paul Confirms Recent Reports Regarding His Next Opponent