Get a detailed breakdown of the betting lines for UFC 280, which is set to hit Etihad Arena in Abu Dhabi, United Arab Emirates, this weekend (Sat., Oct. 22, 2022), including best bets, underdogs, favorites and much more!

After a brief stint inside UFC APEX in Las Vegas, Nevada, the Octagon goes international once again this Saturday (Oct. 22, 2022) when Charles Oliveira and Islam Makhachev fight for the Lightweight title on “Fight Island” in Abu Dhabi, United Arab Emirates. The Bantamweight belt will also be at stake in UFC 280’s pay-per-view (PPV) co-feature, which sees Aljamain Sterling attempt to defend it against former division ruler T.J. Dillashaw. One fight prior, Sean O’Malley faces the stiffest test of his career in the lethal Petr Yan.

Keen on warming up this autumn? I’m sure a fatter wallet will help. Let’s get you one …

What Went Wrong at UFC Vegas 62?

Excellent efforts from all, though I must acknowledge that Malkoun was probably very fortunate that Nick Maximov injured his leg.

Guess Brandon Davis’ chin wasn’t as shot as I thought. Martinez still managed to bank the first two rounds on two cards, but it was a close thing. Still hoping he manages to put it all together.

You know, I probably should have listened to myself when I kept insisting that Raphael Assuncao losing to elite fighters didn’t mean he wasn’t a good fighter anymore. Henry did what I expected him to do, but Assuncao turned back the clock and reminded us why he was such a threat in the past.

She got stronger as the fight progressed, just not fast enough to win a majority of rounds. It’s probably about time I re-assess Piera Rodriguez’s abilities.

This one’s genuinely too close to call. Muhammad has the edge in cardio and likely the striking, while Brady’s wrestling is more proven against similarly credentialed takedown artists. I say leave it alone.

Though Borralho failed to impress last time out, I like his chances here. As well as Muradov can move, Gerald Meerschaert managed to get inside on him multiple times through raw aggression. Borralho’s wrestling prowess clearly outstrips Meerschaert, so while I doubt we’ll see him disregard his own well-being to close distance, he’s got enough skill to make it work.

I’m split between recommending a bet on Krylov and recommending that people just skip this one. For the sake of keeping things interesting, let’s go with Krylov. “The Miner’s” struggles have all come against strong takedown artists and he’s going to get the stand up fight he wants out of “No Time.” Krylov’s durability advantage seems more telling that Oezdemir’s technical edge, so put your faith in him.

As inconsistent as he’s been in the Octagon, Tukhugov has the right tools to win this. Almeida showed a real vulnerability to counters against Mike Trizano, while Tukhugov tore up Ricardo Ramos with well-timed volleys last time out. There’s also Tukhugov’s strong wrestling game, which should serve him well against someone this inclined to rush in.

Similar situation here: Nurmagomedov’s jab and counter-punching looked terrific against Jared Gordon, giving him the means to punish Omargadzhiev’s over-reliance on haymakers. They seem fairly deadlocked on the grappling side, but the way Omargadzhiev mentally collapsed against Caio Borralho suggests that Nurmagomedov is the better of the two at handling adversity. Just don’t bet too much, as the drop to 170 pounds could pay off for Omargadzhiev.

Honestly feeling the underdog here. Dobson showed some pretty incredible improvement between his Contender Series and his debut against Jacob Malkoun, which he looked great in before succumbing to Malkoun’s pace. His wrestling pedigree should pay dividends here, and though Petrosyan is the more credentialed striker, Petrosyan also had issues with the raw aggression of Gregory Rodrigues. It merits a small investment, at least.

Mokaev is going to wrestle this man to death. Gordon has enough opportunistic submission chops to be a threat, but if you’re determined to squeeze every last bit of value out of a bet, Mokaev is reasonably safe.

Karol Rosa is younger, more active, and significantly busier on the feet than Lansberg. That merits a look, I’d say, especially since Lansberg’s wrestling chops aren’t sufficient to neutralize Rosa the way Sara McMann did.

Honestly, I can’t pass up Oliveira as the underdog. The man’s been in ridiculously impressive form these last couple years and can reasonably be considered the best striker, MMA grappler, and wrestler who Makhachev has faced during his UFC tenure. If anyone’s going to beat Makhachev in the Octagon, it’ll be Oliveira.

Speaking of underdogs I can’t pass up …

While Dillashaw definitely deserved to lose against Cory Sandhagen, he’s got the skillset to give Sterling all sorts of issues. He does his best work at the same kicking range that Sterling does while simultaneously boasting a cleaner, more powerful boxing game. Plus, while Sterling’s ground game is top-class, Dillashaw is nigh-on impossible to take and hold down. He’s worth a moderate investment at least.

Loving the Yan line here. “No Mercy” is several levels above any striker than O’Malley has faced before, and the fact that O’Malley was completely flummoxed by Pedro Munhoz last time suggests that he’ll have few answers for someone as versatile and adaptable as Yan. On top of that, Yan has a quality takedown game to fall back on, though I doubt he’ll need it. In short, put your lot in with the Russian.

I’d peg Dariush as the better striker here and a sufficiently skilled wrestler to keep pace with Gamrot, but Dariush’s huge layoff adds a layer of uncertainty that I’m not fond of. I say skip it.

While I’ll cop to underestimating Chookagian before, Fiorot just seems all wrong for her. “The Beast” is faster, more powerful and more active on the feet than Chookagian, who can’t rely on potshotting from a distance against someone who kicks this hard. There’s also Fiorot’s wrestling to consider, as most fighters who have tried to take down Chookagian have succeeded. In short, Fiorot gets the nod.

There’s really not a lot to complain about when it comes to UFC 280 — hope you’ll be there to watch it with us. See you Saturday, Maniacs.

Remember that MMAmania.com will deliver LIVE round-by-round, blow-by-blow coverage of the entire UFC 280 fight card right here, starting with the early ESPNEWS/ESPN+ “Prelims” matches online, which are scheduled to begin at 10 a.m. ET, then the remaining undercard (also on ESPNEWS/ESPN+) at 12 p.m. ET, before the PPV main card start time at 2 p.m. ET on ESPN+ PPV.

To check out the latest and greatest UFC 280: “Oliveira vs. Makhachev” news and notes be sure to hit up our comprehensive event archive right here. 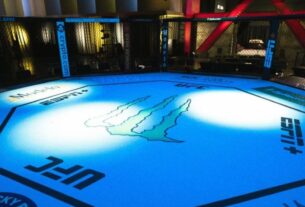