ONE Championship will return to the Philippines in November and a title will be on the line.

Men’s strawweight champion Joshua Pacio (17-3) will put his belt up for grabs against challenger and fellow Filipino Rene Catalan (6-2) in the “ONE Championship: Masters of Fate” main event, the promotion announced Tuesday. In the co-feature, former lightweight champion Eduard Folayang (21-8) takes on Tsogookhuu Amarsanaa (5-1) at welterweight.

ONE Championship 102 takes place Nov. 8 at Mall of Asia Arena in Manila and streams on B/R Live and ONE’s app.

It’s been an interesting year for Pacio. In January, in his first title defense, he lost a split decision to Yosuk Saruta and surrendered his belt. The setback snapped a four-fight winning streak that included a title challenge against Yoshitaka Naito.

But in April, Pacio got a rematch with Saruta and knocked him out with a knee in the fourth round to recapture the belt. Now, seven months later, he’ll put it on the line again to go after his sixth win in seven fights.

The 40-year-old Catalan lost his first two pro fights, both under the ONE banner, and had a no contest sandwiched in between the setbacks. But in the past three years, he’s gone 6-0. Most recently, he knocked out Naito in the first round in March to punch his ticket to a title shot.

The ONE Championship 102 lineup includes: 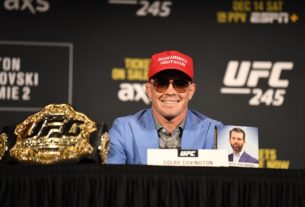