Anthony Johnson recently announced that he would be making his much-anticipated return to mixed martial arts (MMA), this time as a Heavyweight. “Rumble” retired following his second loss to former UFC Light Heavyweight champion, Daniel Cormier, though it seems getting swole and the cannabis business wasn’t fulfilling the void fighting left behind.

Johnson recently stated that it was Cormier and current 265-pound champion, Stipe Miocic, who motivated him to mount a comeback in the land of the big men. When he does return, Anthony will be a welcome sight in a division that is set to lose ‘DC’ in the near future.

And while he did have his eyes set on Alistair Overeem and Junior dos Santos, a fight against Francis Ngannou is enticing, as well. But as he told ESPN, if and when it happens, it’s not going to be your everyday showdown, it’s going to be for something special and not just so fans can get their rocks off.

I asked Anthony Johnson about a potential fight with Francis Ngannou, who he says is the scariest dude in the division. He says he expects to fight him but not just to “get everyone’s rocks off.” Says that fight will be hyped and it needs to be for something special.

Indeed, a showdown between these two heavy hitters would be a feast for the eyes, as they possess some of the scariest knockout power in the sport. Of course, Francis is eyeing a title shot, which is expected to go down sometime next year.

That means Johnson will likely have to win a couple of fights before he gets matched up against “The Predator.” No fret, as there are several big-name contenders who can keep “Rumble” busy until Ngannou is available.

Care to offer up a suggestion or three? 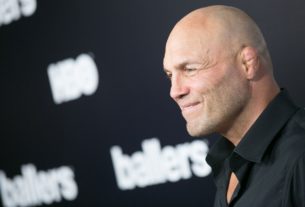 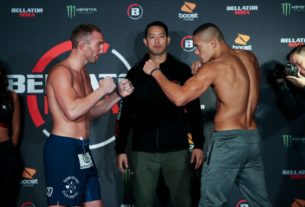