Daniel Pineda might not be fighting in the PFL finals on New Year’s Eve after all.

Pineda (28-13), who reached the featherweight playoff final, has failed a Nevada Athletic Commission-administered drug test. Without being overturned, the test likely will knock him out of his $1 million featherweight final against Lance Palmer on Dec. 31.

A person with knowledge of the situation told MMA Junkie of the positive drug test on Thursday. The person asked to remain anonymous since neither the promotion nor the NAC has made an announcement.

The exact substance or reason for Pineda’s test failure is not known. It’s also unclear who would replace Pineda in the tournament final if he’s not allowed to compete.

“Right now we’re in the process of researching what could have led to a positive test. We plan on appealing the decision once all information is gathered.”

The PFL declined to comment on the matter. The NAC could not be reached for comment at the time of publication.

Pineda, who has UFC experience, was an improbable underdog entering the semifinals in mid-October. Without having competed once in the regular season, Pineda replaced injured Damon Jackson in the playoffs.

In the first of two scheduled fights in the same night, Pineda finished Movlid Khaybulaev in 29 seconds by knockout. His second performance against Jeremy Kennedy took a little bit longer, but Pineda got the job done by first-round guillotine choke. 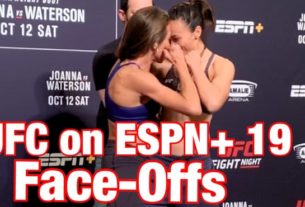