Skip to content
Off Guard: Dan Henderson recalls conversation with Jon Jones: ‘Get it done and quit screwing up’

At UFC 151, Henderson was offered to Jones as a short-notice replacement when scheduled challenger Chael Sonnen went down with an injury. However, Jones turned the fight down and the UFC pulled the plug on the entire event.

Fast forward seven years, and Henderson may be going up against Jones – only this time as a coach. Henderson helps train Dominick Reyes, the current frontrunner to be Jones’ next challenger.

MMA Junkie caught up with Henderson at his gym in Temecula, Calif., Dan Henderson’s Athletic Training Center, to discuss the upcoming matchup and more.

Henderson said he has no nostalgic fervor when it comes to Reyes against Jones. He’s not living out the title shot he never got vicariously through Reyes. Despite this, Henderson does feel an increased sense of determination to help Reyes defeat Jones.

“Jon Jones is one of those guys for me – he’s very skilled,” Henderson said. “He’s a wrestler, so I want to root for him. But he’s hard to root for, just because of how he’s represented himself in the sport. He just hasn’t done a good job with that.”

Henderson explained he has never seen eye-to-eye with Jones, despite the kind of athletic superstar the champion is. Jones’ out-of-the-cage antics have been too much for Henderson, who said he’s told Jones that to his face.

“These are all things I’ve told him to his face,” Henderson said. “Unfortunately, he keeps screwing up. I just said, ‘Hey, you’re in the place where you could represent the sport well and you haven’t done it. Get it done and quit screwing up.’ I don’t know. I don’t know him that personally. I don’t know what his reasons are for screwing up, but I’m sure there’s a way not to.”

As for Reyes, “Hendo” offered up nothing but praise. He talked about Reyes’ attitude and ease in coaching him. He thinks his pupil can win against Jones, but would like to see Reyes get more experience beforehand.

“Dom was coming in here once or twice a week to come train and he’s a good kid,” Henderson said. “He learns really well. I think that’d be a really good fight for him. I would like to see that fight happen after another couple opponents for Dom, but I do think Dom’s capable of beating Jon Jones.”

Jon Jones dissects Dominick Reyes game on Twitter, not ‘intimidated’ by anything

As for Henderson himself, he is comfortable in retirement, but that doesn’t mean he’s totally ruled out an MMA comeback. The offer just has to be a good one.

“I’ll always listen to an offer,” Henderson said. “But so far I haven’t had an offer that’s made me get off the couch. I know I’m still capable of beating almost anybody out there on every given day. I just don’t really need to. I’m comfortable with what I did in the sport and what I’ve achieved.

“I’m not real excited about getting my ass in shape now. The preparation is what’s the tough part of the sport.”

Check out Henderson’s full “Off Guard” interview in the video above.

Photos: Jon Jones through the years


Off Guard: Dan Henderson recalls conversation with Jon Jones: 'Get it done and quit screwing up' 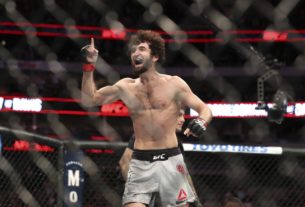 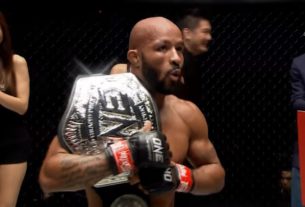