Nick Diaz’s former coach Cesar Gracie believes that the former Strikeforce star would “crush” guys like Jorge Masvidal when he’s at his best.

Diaz hasn’t fought inside the Octagon since back in January 2015, almost five years ago, in his main event showdown with Anderson Silva which was overturned to a no contest. Ever since then he’s largely stayed away from the MMA bubble, with his younger brother Nate taking advantage of that by becoming one of the biggest stars in the sport.

Now, in the wake of Nate losing to Jorge Masvidal via TKO in the “BMF” Championship fight at UFC 244, it appears as if he wants to come back and avenge his brother’s defeat. While many feel as if it’s nothing more than a pipe dream, Gracie is open to discussing what he thinks could happen in that scenario.

During his recent appearance on Ariel Helwani’s MMA Show, Gracie had the following to say on the matter.

“That is his belt. The BMF belt, Nick is the BMF, if you will. That’s the perfect belt for Nick,” said Gracie of Diaz (via MMA Mania).

“The Masvidal fight with Nate, I watched it and I thought, ‘okay, this guy has really good hands.’ He is a tough fighter,” he said. “But I think Nick at his best, I don’t know how he would do, he’d have to be in shape. But the Nick Diaz I’ve seen at his best or anywhere near it, he crushes guys like that.” 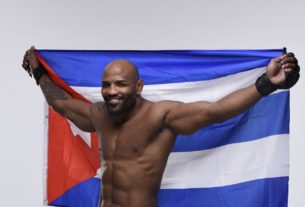